Step 1: Contact the OHRPP to confirm that a reliance is possible

Submit a completed Application for UCLA to Serve as IRB of Record to irbreliance@research.ucla.edu

If there isn’t an existing IRB reliance arrangement, once the UCLA OHRPP confirms that UCLA is willing to serve as IRB of record, the UCLA PI should contact the reviewing PI to:

The UCLA OHRPP will obtain the IO’s signature on the agreement. This agreement formalizes the IRB reliance arrangement between institutions.

As UCLA has signed the SMARTIRB Master reliance agreement, if the relying institution has also signed the agreement, this may be used instead of executing a study-specific IAA. 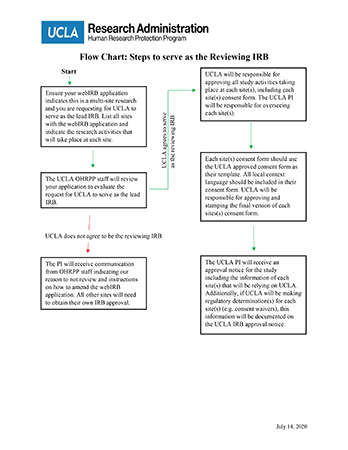 Steps to Serve as the Reviewing IRB - Flow Chart 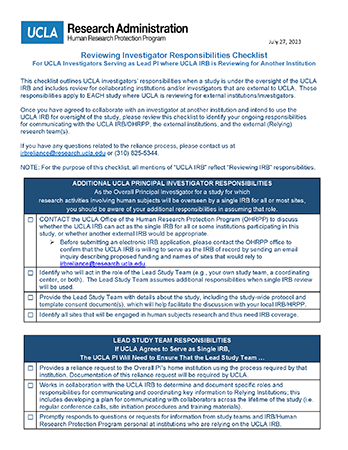